Can a Manglik Girl or Boy get married without any trouble? 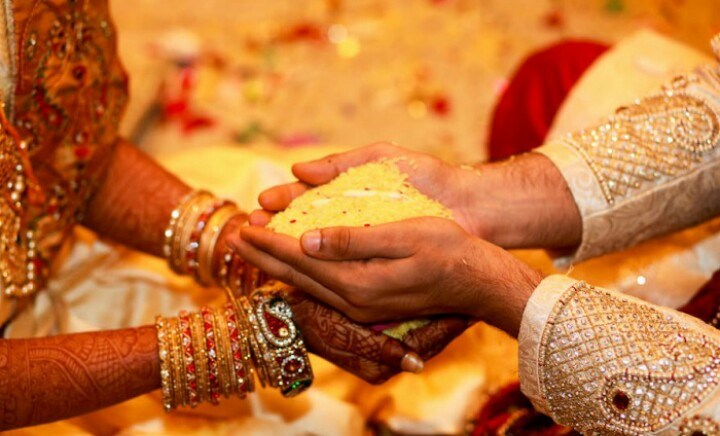 Can a Manglik Girl or Boy get married without any trouble?

Marriage is a knot that ties two persons, two souls for their whole life, and this solemn decision is taken after considering many factors. According to Hindu traditions and customs, astrological compatibility plays a crucial role in deciding whether a boy and girl are perfect for each other or not. Kundali comes on top in matching the competency of the to-be bride and groom. Plus, if there is mangal dosha in anyone’s kundali, there arises a lot of questions regarding their marriage.

No matter how modern we become, when there arises a question about our loved ones’ life, we always become conscious and choose what we think is best for them. In such a situation, how can we let our loved one married to somebody who has a Manglik Dosh in his kundali? That is when we have been hearing for ages that a Manglik person can bring lots of troubles in his or her married life. However, don’t worry! Where arises a problem; there arises a solution too. You are absolutely right place. Here you will get to know what a mangal dosha means, what are mangal dosha effects and what its remedies are.

What is Manglik Dosha?

Mars(Mangal) is one of the most powerful planets that can greatly impact one’s life. It has some fiery energies which can have dual effects. On the one hand, this energy can be used for many constructive purposes, and on the other hand, it can ruin one’s life excessively. When mangal (mars) is placed in the first, second, fourth, seventh, eighth, or twelfth house of a person’s horoscope, that means there is a Manglik dosha in his or her kundali, and that person is called Manglik person.

How to know if a person is Manglik or not? (How to know manglik person?)

A person’s kundali has all the answers related to his/her life. The same goes for Manglik dosh. An astrologer can study a person’s kundli and can discover accordingly that he or she has a Manglik Dosh in her kundli or not. In ancient times when technology was not so advanced, people used to go to pandits or astrologers to know about such effects. However, today technology has overruled this world. In this modern era, if you want to know how to check Manglik dosh housing in one’s horoscope, then there are many websites available online that can help you discover that a person is Manglik or not.

The effects of Manglik dosha and the suitable remedies

It is necessary to discover that one is having mangal dosha in his/her kundali or not. This is because this dosh can have harmful effects on a person’s life. Right from family life to professional life, mangal dosh can unimaginably disrupt your life.

Every problem has a solution, and Manglik dosh problem has too. There are different remedies that alleviate the ill-effects of mangal dosh, including:-

Can a Manglik Person marry a non-manglik person?

India is a country where the utmost importance is given to traditions and customs in marriage, and here marriage astrology is like a norm too. Matching Kundli of girl and boy, comparing Gunas, checking Doshas are all crucial steps that are believed to be achieved for a happy married life of bride and groom. In such circumstances, the most horrifying dosha is Manglik dosha, and it brings a lot of questions with itself. The most prevalent question of all time is “can a manglik boy marry a non manglik girl” or “can a manglik girl marry a non manglik boy.”

Many people believe that the Manglik and non manglik relation brings a lot of problems with itself for both the partners. But is this a fact or just a myth? In this techno world, if you check various platforms, you will come across many real stories that tell about marriage of manglik and non manglik persons and also elaborates that they are not facing any manglik and non manglik marriage effects. However, on not only this Royal Matrimonial platform but on all different matrimony platforms, it has been observed that still there are many people who are not sure about manglik and non manglik match. What is the real reason behind this disagreement? What happens if a manglik marries a non manglik person? People fear that if manglik marry non manglik, then the non-manglik person may face early death or both can have conflicts that later lead to their separation. These are some beliefs of people, and it is not good to question someone’s belief; that is why Royal Matrimony brings a large database of brides and grooms that also involves manglik girls and boys to choose from. It is always better to be precautious.

Over the time, people have become more curious about such thoughts and recognizance. Consequently, they have come up with many solutions for manglik and non manglik marriage. However, the solution requires various permutations and combinations. There arises a need to analyze the horoscopes of both the girl and boy.

It should be evaluated that the effect of the dosha in one’s horoscope can be mitigated or reduced to a great extent by the positive placement of other planets in the horoscope or not. If it can be mitigated, then manglik and non manglik marriage can happen.

It is also believed that if the non-manglik person’s native chart has a strong placement and influence of natal Saturn, then both bride and groom can marry. If this is the case with the match, then the answer to the question “can a manglik marry a non manglik” will be “Yes”.

Besides these solutions, there are other manglik dosha remedies too that have already been mentioned above, including fasting, chanting, visiting temples, donating, poojas, gemstones, etc.

The world is growing, and so are the beliefs and thoughts of people. Yes, having a manglik dosha or can say Kaju Dosha, Mangal dosha, or Bhom dosha in one’s kundali can sound frightening to you, but there are solutions for the effects of this dosh too. However, if you want an easy way to lessen the effects of manglik dosh on your married life, then the best solution is to find a manglik girl for a manglik boy and vice-versa. Thus, Royal Matrimonial brings you exclusionary profiles of manglik girls and manglik boys for marriage. 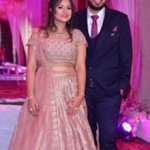