Divorce without a valid marriage certificate

Divorce without a valid marriage certificate

One of the most common keeps buzzing is divorce without a marriage certificate. No one wants to be unhappy, particularly not in relationships. These days both men and women keep their status high associated with the high designation in their respective work, and eventually, that makes them reach the divorce decision.

So, if you are one of those who find yourself in a perplexing situation of taking a divorce without a marriage certificate, it is high time to know if it is possible or not.

Can I apply for a divorce without the marriage certificate?

Filing for Divorce in India

According to the divorce act of 1869 and the Marriage Act of 1954, divorce gets provided under mutual consent. In a contested divorce, one of the two partners Refuses to agree to the divorce. According to Hindu marriage section 13B, the following are the procedures and conditions applicable to filing a divorce in a country like India.

If I am filling the above conditions, can I apply for divorce without marriage certificate?

Yes, when all three conditions get satisfied, a couple can file for alimony. It is regardless of the marriage getting done in a temple or court in India.

A Mutual Consent Divorce is when both the husband and wife want to complete their marriage tenure and intend to separate from each other. It commences with the mutual consent of both parties, which makes it a smoother process compared to other means. As per the Hindu Marriage Act, 1955, both mates retain the right to file a petition of their marriage by a decree of divorce on more than one ground, emphatically listed in Section 13. Section 28 of the Special Marriage Act, 1954, and Section 10A of the Divorce Act, 1869, also provide for divorce by mutual consent.

The concerned parties must raise the divorce petition together, and both parties must initiate notice and send it to their family. The foundations for divorce must begin with the intention that spouses feel they cannot live with each other anymore and, therefore, have consented mutually to dissolve their marriage. Another common foundation used to get a mutual divorce is that the couple has been living separately for over a year due to unavoidable differences. The joint petition must be signed by both parties involved.

The process of filling petition can begin with any of the following places:

Step 2: Couples have to appear before a Judge in a court

After completing the step1, both parties, with their families and respective lawyers, need to appear in court. The court will decide based on all the documents presented and the proofs given. If reconciliation doesn’t take place, the mutual divorce process continues.

After duly examining their petition, the court directs an order to record the party’s statements on oath.

Without marriage certificate divorce below Documents are Required for initiation of the Mutual Divorce Process:

Is a marriage certificate mandatory for divorce in India

No, the marriage certificate is not necessary for applying for divorce without marriage certificate. A marriage photograph and invitation card are sufficient to produce if you don’t have the affidavit for marriage. It is also enough to find a divorce petition.

· So, these are the documents required to file a divorce in India.

· It needs a marriage certificate or photo taken in case of temple marriage or non-registered wedding.

· It requires a present photograph of both the husband and wife to file a divorce.

· Details of their profession

· Property details of wife and husband

· Details of the families

The husband and wife must have been living separately for one year or more. It must be so at the time of buffing the petition for divorce without a marriage certificate. Your identity and residential proof would also be required. The petition can get filed in either the court where the marriage took place or where you both last resided as a couple. The petition for mutual consent divorce must get filed in two motions. There must be a minimum of six months and a maximum of 18 months between the two motions.

The divorce process in India

Below are some grounds that must fit in to be granted a divorce decree by the court:

Adultery: It can be taken as a ground for divorce. The applicant’s spouse has indulged in a relationship with anyone other than him/her. Any single act of adultery is enough to grant a divorce.

Cruelty: It would be ground for divorce if the applicant gets subjected to any kind of physical and mental torture at the behest of the spouse. It could vary depending on different situations and could include controversial treatment by in-laws, abuses, and more.

Desertion: It could be ground if the spouse leaves the other for at least two or more years.

Conversion: It could be ground if the spouse has been converted to any other religion.

Mental disorder: It would be ground if the spouse suffers from an incurable mental disorder, due to which it becomes impossible for them to live as a husband and wife.

Leprosy and venereal diseases: It could be ground if the spouse suffers from leprosy or infectious diseases like AIDS.

Renunciation: It would be ground if the spouse has given up all worldly affairs for impressing a religious order.

1. Is divorce possible if marriage is not registered?

2. What will happen if marriage is not registered?

If marriage is not registered, divorce still can proceed on considering a photograph as evidence of marriage. Divorce can take place if any of you are ready to proceed; even if one is not willing to get divorced, it is termed ‘Contested Divorce.’

3. Can I get a divorce without a marriage certificate in India?

Yes, you can get a divorce without a marriage certificate in India. According to the Hindu Marriage Act, 1955, a petition for a ‘mutual divorce’ can be filed even if any of the spouses is facing difficulties in continuing the marriage bond and have decided to get separated from each other.

4. How important is a marriage certificate?

Marriage certificates are the most important paper of two people association, representing that they both agreed on the terms to get married and intend to spend the rest of their life together. The Special Marriage Act of 1954 – Section 28 and The Divorce Act of 1869 – Section 10A permit the partners to apply for a divorce even without a marriage certificate. 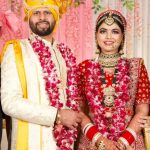